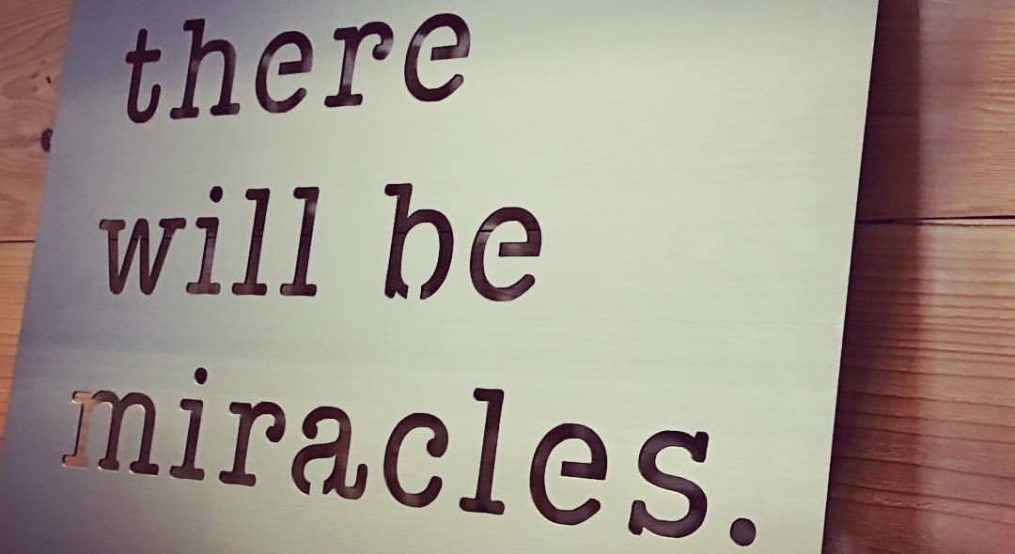 I can’t stop looking at him. You know when your baby is born, how all you want to do is stare into their little face, examine all their fingers and toes and just hold them? That is how I feel. In all of his growing up I have never felt such inexplicable, overwhelming emotion at seeing his face.  All 400 of them came running up where all of the loved ones were lined up.  I was searching for him. Frantic. I just wanted everyone to move so I could find him. And then I did. He was beautiful (sorry Tyler). I had seen a picture of him but nothing compared to that first sight of real flesh and blood. It sounds strange to say, but he exuded power. I had never seen him like that. I snapped picture after picture. I wanted to touch him but I couldn’t. He had to run…literally.

They took off on their 3.3 mile motivational run and we waited (impatiently) for the second pass…and then the final return.  As they came back into formation, I saw that he was barely sweating. He had just run over three miles and he looked like he had been on a leisurely little stroll! It was amazing.  Brad was on the other side of the formation and I could see him right behind Tyler.  I don’t know how he kept himself from reaching out and touching him.  I could not have done it.  I would have brought the wrath of the DI’s down upon us because I would have reached out impulsively to put my fingers on his warm, flesh and blood skin.  As we waited while they went to clean up and get into their uniforms, I heard the best thing I could have ever hoped to hear.  The Drill Instructor gave orders that the first hug go to the moms.

When they marched back in for liberty formation, I saw a new person.  I didn’t understand just how much three months would change him.  He was taller, stronger,  bigger,more confident.  He still walked like Tyler but it was different somehow…and so perfectly aligned with his new brothers.
The dismissal caught me off guard.  It came sooner than I expected.  I was video taping their formation and all of the sudden they broke ranks.  I stopped filming. 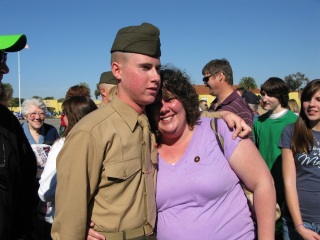 I WENT RUNNING.  I got that first hug and it was the best one I’ve ever had.  He was solid, like a rock and I cried.  I just hugged him and cried.